“The first vehicle I ever drove was an airplane.” But that’s what Jamarion said after a life-changing experience, thanks to people like you who are making it possible for him to pursue his God-given dream. 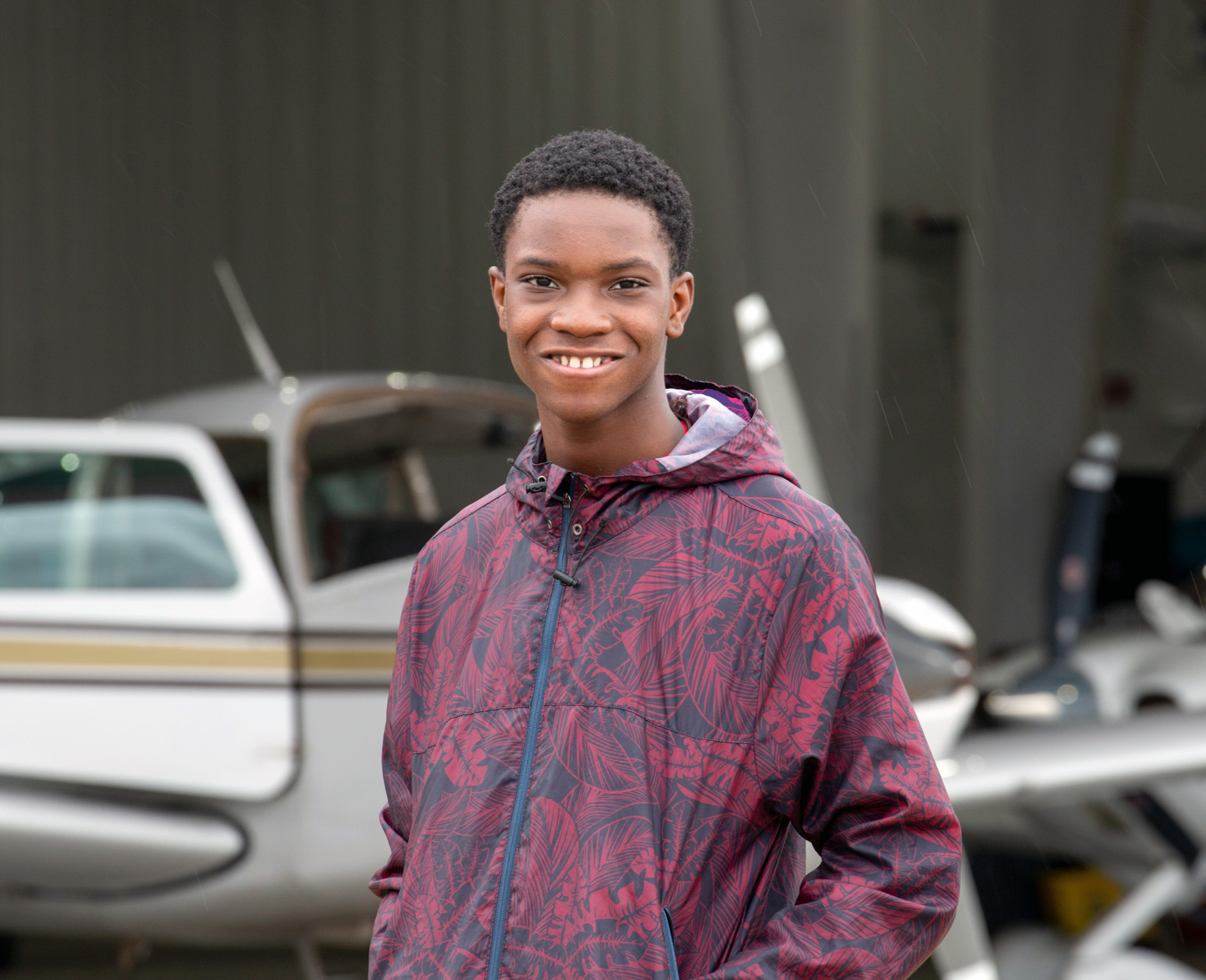 Even before Jamarion started By The Hand in sixth grade, he always wanted to be a pilot—ever since his stepfather took him to a store that had planes, helicopters, tanks and army men. So when he first learned that Mr. Anwar arranged for someone to take him flying, his first response was, “Nah, I’ll believe it when it happens.”

But Anwar did, and “Mr. Bill let me FLY the plane the WHOLE time we were in the air! At first, I was thinking, ‘don’t crash the plane.’ But as we flew over where I live in Altgeld, I thought, ‘This is something many people can’t say they have ever done.”

After that, Jamarion got serious about school and his grades. “I can honestly say my reading was horrible, but Ms. Martha helped a lot.” As Jamarion pushed himself with the reading program, Ds turned into Bs.

After seventh grade, Jamarion was able to attend a summer program at Culver Academy—thanks to James and Deby Fellowes, who have a heart for kids. “We were thrilled to help him fulfill his dream,” James said. “We also thought it was touching that after our first meeting with Jamarion, he turned to Anwar with a big grin and said, ‘I think they liked me.’ “

At the academy, Jamarion learned a great deal about aviation, leadership and other skills that will help him pursue his goal of becoming a military pilot—and making friends. Focused on leadership, Jamarion is working to be his best self. “I have to control myself if I am to be class president.” Having graduated from middle school to Carver Military School, he’s the class leader for homeroom and world studies and hopes to be for Junior ROTC. “It’s a lot of responsibility, helping the teacher. And in ROTC, they give you rank for that.”

“I don’t believe there is any other after-school program like By The Hand,” Jamarion says. “Everyone is very friendly, very welcoming. They get to know you. They invest in you.”

“Ms. Ruth is like a mother. She took me everywhere. She cared for me. She talked to me about Jesus when I decided to give my life to Him in seventh grade. Mr. Anwar is like a father figure to me. He takes me out to eat with him, spends time with me, and we just talk and hang out. He takes me to his church, too. Ms. Jamie and I are close. We laugh over the silliest things. You don’t have to say anything to her. She will smile and keep talking to you. We have had a lot of personal conversations.”

Jamarion wants to be The Solution by being a military pilot to help protect America. That will help a lot of people.

Previous Story  |  Next Story
View all Stories of Hope

Our students are The Solution to Chicago’s greatest needs. You make it possible for them to have abundant life—mind, body and soul.