James | By The Hand Club For Kids

After tragedy struck, James received the encouragement and support he needed to find his voice and keep his dream alive. hen you give to By The Hand, you’re helping James and others unleash their Power of One. 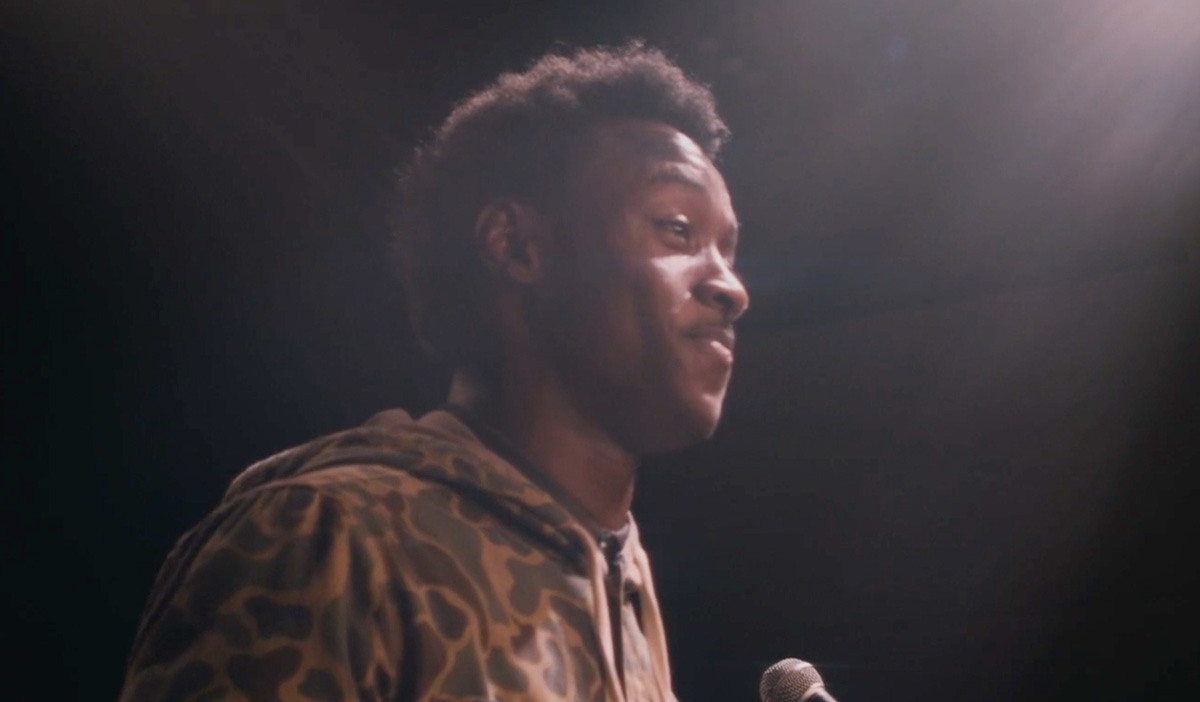 As a first-grader, James began attending By The Hand Club, where he felt accepted because “they were always happy to see me and made me feel loved.” His team leader even “became like a father figure to me.”

James dreams of being an actor and artist like Prince Ea, who writes poetry and performs spoken word.

But life outside of the club was hard for James. He had to learn how to avoid the fighting, gang activity and gun violence in his neighborhood. In 2018, one of his close friends was shot and killed—the second friend James lost to gang violence that year.

“When I heard Jaheim died, I didn’t know if I could make it. By The Hand helped me through it. They gave me hope.” When By The Hand suggested putting his thoughts on paper and expressing his pain through spoken word, James decided to try poetry, encouraged to keep his dream alive.

But without people like Iain, giving financially to support kids like James, James would not have received the support and encouragement he needed. “When I hear about student lives being changed, it encourages me. When I see the kids enjoying the program and activities at By The Hand, connecting with mentors and having the experiences they have, it touches my heart.”

Iain says giving is a great way to be the Power of One, especially if you’re not able to volunteer or get involved in other ways. “The need is real. By The Hand understands that any lasting solution involves a long-term commitment to each child and each community.”

James has since starred in his first video and is writing poetry to give others hope. He also spent two weeks on Taylor University’s campus as part of a high school to college bridge program and is hoping to attend there next year. He knows challenges will come, but with the help of By The Hand, he is determined to reshape the world around him.

James is the Power of One in action. And giving makes it possible.

Previous Story  |  Next Story
View all Stories of Hope