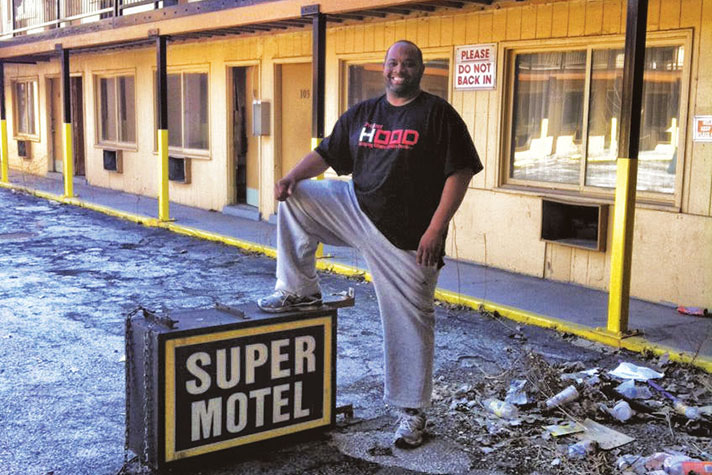 TAKING THE GOSPEL TO THE GANGS

Every Sunday, somewhere near South King Drive in Chicago, there are boys and girls unable to walk three blocks to the closest church because doing so would require them to cross gang lines.

Yet on a typical Thursday afternoon, a former gang member sits in the office of that same church—with the pastor—to discuss the next steps of his newfound life in Christ.

Stories like this are why Pastor Corey Brooks and his wife, Delilah, followed the call 20 years ago to do urban ministry in a place thirsty for Gospel peace. And for them, that place is New Beginnings Church—the church on South King Drive in the Englewood neighborhood—where children play outside at their own risk.

“There was and is so much violence and gang activity,” Brooks said. “I knew we couldn’t just be a church in the community; we needed to be actively engaged in some of the issues the community faces.”

According to a statement released by the Chicago Police Department in January, there were 762 homicides in The Windy City last year—the highest number since 1996. That’s 58 percent higher than in 2015, when there were 480 reported murders.

The increase in gun violence—largely perpetuated by gangs, police say—is to blame for the dramatic increase in murders. And attacks on police officers nearly doubled from 2015 to 2016.

But there’s more to the equation, says Erwin Lutzer, pastor emeritus of The Moody Church. With more than 45 years of ministry in Chicago under his belt, Lutzer has noticed a trend that seems to coincide with the increasing violence in his city and in other high-crime locations: fatherlessness.

“Eighty percent of the homes in high-crime areas are without a father,” Lutzer said. “As a result, young people don’t know boundaries. And these single mothers, whom we should support in our churches, are facing insurmountable odds.”

Anecdotally speaking, Lutzer told Decision of a famous football player from the Chicago area who came to Christ and subsequently began visiting prisons to give his testimony. That player was Mike Singletary, former Chicago Bears linebacker and Pro Football Hall of Famer.

“Each time he visited, he would ask the inmates, ‘Who among you had a warm relationship with your father?’ And many times, not one hand would go up.”

‘ONE NEIGHBORHOOD AT A TIME’

Several years after Brooks planted New Beginnings Church, he decided it was time to start investing in the lives of those affected by the violence and also those perpetrating it. He slept on the roof of an abandoned motel—where gang and drug activity took place—for 94 nights to emphasize the rampant gun violence on Chicago’s south side. The effort resulted in the establishment of Project HOOD (Helping Others Obtain Destiny). Focused on education, job training and social skills, the mission of Project HOOD is to end violence “one neighborhood at a time.”

“You can give a person a job, but if they don’t have Jesus, that job won’t have any meaning or purpose.”
—Pastor Corey Brooks

Through the project, Brooks and other ministry participants have built relationships with area gang leaders, which gives the ministry the opportunity to meet face to face with gangs, and thereby stay informed about what’s going on in crime-ravaged neighborhoods. Gang members also have access to free counseling and job training.

“The first thing we give them is Jesus,” he said. “You can give a person a job, but if they don’t have Jesus, that job won’t have any meaning or purpose. A lot of these guys come from the prison system. We also work hard at mentoring young children. Most of these kids come from single-parent homes and need educational help. God has a purpose for every individual’s life. We have to lead people toward that, and if we don’t, we’re not fulfilling our purpose.”

At locations across town, another program—By the Hand Club for Kids—has 120 paid staff members and 300 volunteers who tutor at-risk children and provide basic necessities like clothes and food. Started by local business woman Donnita Travis in 2001, By the Hand has been operating long enough to see many of these children through college.

At-risk children do not lack intelligence or ability.

“They lack opportunity,” Lutzer said. “Many people in high-crime areas have been neglected. Programs like By the Hand give these communities hope. This is the kind of ministry Chicago desperately needs.”

Both Lutzer and Brooks are quick to point out that jobs, programs or laws, though helpful, will not end gang violence and change lives.

“The people in these situations need a change of heart—a recognition that the problem is beyond physical or social,” Lutzer said. “The churches of Chicago should model reconciliation and realize we are in a culture where all families, regardless of race or background, are broken. We need to step up to the plate and help these families. They need to understand that it is ultimately the transforming power of Jesus Christ that can cleanse them and give them hope.”

When Jesus is working in a person’s life, that person will treat others better, Brooks explained, whether it’s a gang member, a police officer or a judge.

“The only thing that changes hearts is Jesus,” he said. “And you can’t legislate that.”

Our students are The Solution to Chicago’s greatest needs. You make it possible for them to have abundant life—mind, body and soul.